I first saw this peaches and cream trifle idea on my Instagram friend Yoga of Cooking's blog - her recipe looked so summery and delicious, I knew i had to try it out.

Angel food cake reminds me of growing up - my dad always really liked it. And now with all this summer produce bounty, I have been going nuts in the kitchen with summer, fruit-forward baking. I also got like 10 peaches in my Imperfect Produce box this week that were 3 days out from going bad, so I needed to make a peach-heavy recipe, stat. Enter peach and blueberry trifle!

Layer the ingredients - cake, cream, fruit - in a trifle dish like this one. Or just use a big vase - that works too.

Alternating layers of angel food cake with greek yogurt whipped cream and fresh summer fruit - I used peaches and blueberries but you could use nectarines, plums, apricots, or any berry you want - this recipe came together quickly and feels light enough to enjoy for breakfast - not just dessert or a special occasion. 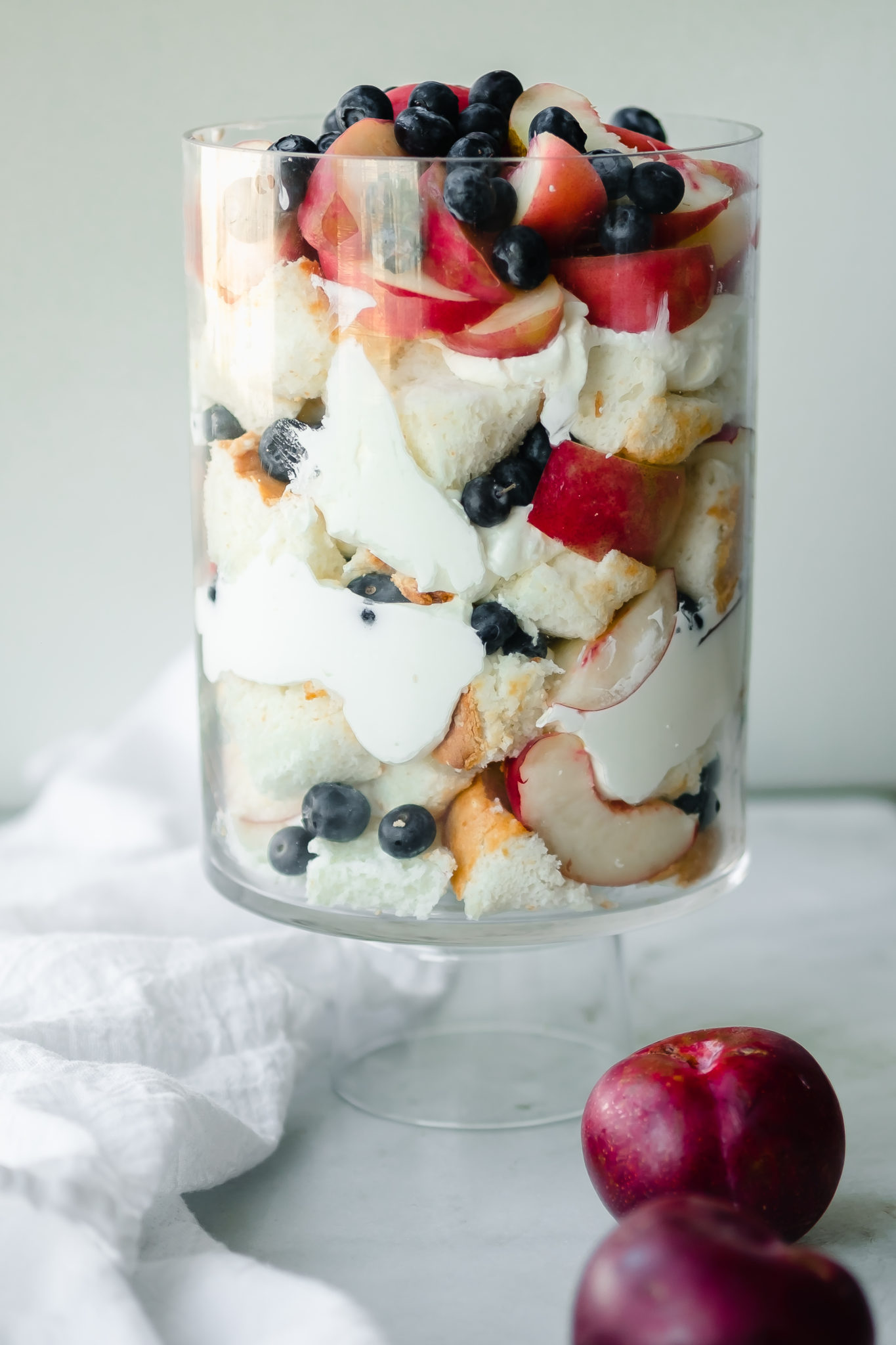